The Proclamation of the Irish Republic was read aloud by Patrick Pearse on Easter Monday, 24 April 1916, outside Dublin’s General Post Office, the recently seized headquarters of the insurgents. This remarkable document proclaims independence, justifies rebellion, and offers a vision of Ireland where freedom and opportunity are the rights of all Irish citizens. It has influenced Irish people around the world ever since. The National Print Museum is proud to have in its collection a working Wharfedale Stop Cylinder Press, the type of machine that the Proclamation was printed on, and on loan until August 2016 an original copy of this historic document.

The Proclamation is intriguing from a printing perspective. It was type-set and printed in secrecy on a Wharfedale Press in Liberty Hall. As sometimes happened in small printing offices in Dublin, its printers were short of type. They borrowed type from William Henry West, an Englishman who ran a print works from Capel Street. The type was carted to Liberty Hall by Andy Mulligan, known as ‘The Dazzler’. Once the compositors and printer had begun their work, it became clear that they would not have enough to set the entire document. 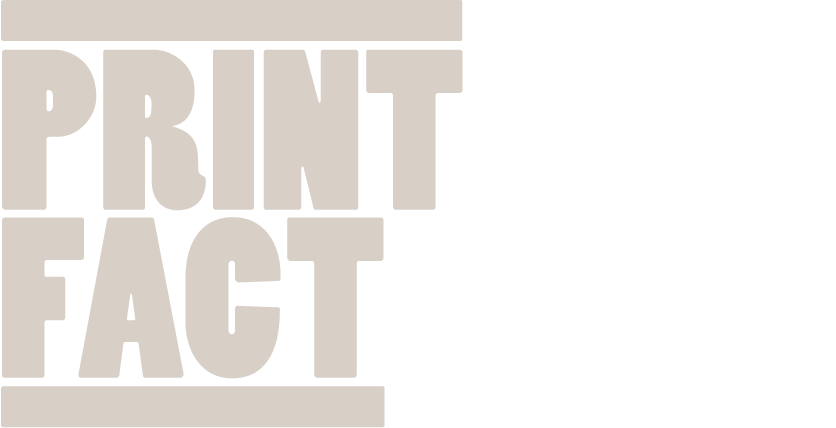 The original proclamation had to be printed in two halves using the Wharfedale Double-Crown press. When the British Army found the press in the rubble of Liberty Hall, the soldiers printed off a number of souvenir copies, which are now referred to as ‘half- proclamations’.

So these resourceful compositors, Michael Molloy and Liam O’Brien, and printer Christopher Brady, decided to print the document in two halves. Once the top half was finished, they reused their type and set the text for the bottom half. They then locked up this forme and returned it to the bed of the machine. Next, they reinserted the half-printed sheets into the press. A clue to their technique can be seen in some copies of the Proclamation, as one half is more heavily inked than the other.

The men used two-line Great Primer type, which was often used for this sort of poster work. Certain letters, especially ‘e’ (the most commonly used in the alphabet), were in short supply, so they had to use a different font. (Look at ‘three hundred years’ in the third paragraph). There are a lot of other curiosities too. Some of the letters are in very poor condition – look at the damaged ‘R’ in ‘IRISH REPUBLIC’. This has a ‘fatter’ slanted leg because it was made from sealing wax that was added to the letter ‘P’. Other characters were also treated with sealing wax to turn them into different letters! Find the ‘E’ in ‘TO THE’ in the fifth line – it is actually an ‘F’ with an additional foot, made from sealing wax and joined on to make the ‘E’. The last letter in ‘REPUBLIC’ at the end of the fourth line is also suspicious. It looks like a ‘C’ – but is it really an ‘O’? Finally, can you spot the upside-down ‘e’ in the first line of the last paragraph?

Working in such difficult circumstances meant it was late on Easter Sunday night before the printing was finished. It is believed they printed about 2,500 copies – perhaps only 30 are known today. When the Rising began, Proclamations were posted around the city on walls and pillars, but most did not survive the fires that destroyed the centre of Dublin during the fighting. The few documents that do survive, although creased and worn, bear witness not only to an extraordinary week in Ireland’s history but also to the ingenuity of Irish printers and the influence of the printed word.